At work, but not my usual job. A large office where a few people were gathered around a big map of Australia. All the city names had changed, many were now named after people I'd known (barely) in the past who had died.

The map was laid on the table and some male office workers who seemed familiar and around my age were laying out some home-made electronic gadgets.

I wandered into a meeting room and one of the men offered me a drug deal which I declined politely. I don't know what the drug was but my decision was based on not feeling a beneficial connection to the merchant. 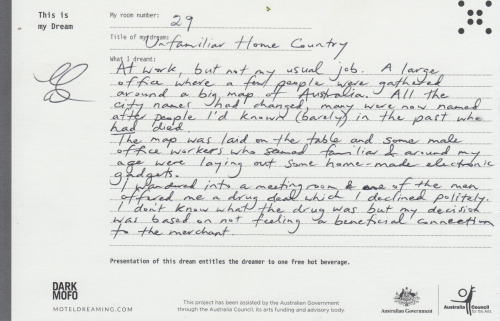